The data here comes from the IBTrACS global TC database. IBTrACS combines TC records from all RSMCs sanctioned by the World Meteorological Organization (WMO), and is endorsed by the WMO as an official archiving and distribution resource for TC best track data.

For the North Atlantic and East Pacific, IBTrACS data is equivalent to HURDAT.

The only issue is that wind speed data given by international agencies that monitor ocean basins other than the Atlantic and eastern Pacific is given as 10-minute averages, rather than the 1-minute average used by the NHC and JTWC. As a result, all calculations in producing the data below involving wind speed (e.g. ACE) for basins using the 10-minute average utilize the generally accepted conversion factor of 0.88 to convert from 10-minute to 1-minute average wind speed. This is only an approximate conversion, but is done to make the data as consistent as possible between basins. There is a JTWC database for the western Pacific and southern hemisphere that uses 1-minute wind speed, which I may add in the future, but IBTrACS is currently the officially endorsed TC best-track historical record by the WMO.

Images below are free to disperse with acknowledgement.

Note: Southern hemisphere seasons straddle two calendar years (July-June), and the season year is defined to be the latter of these two. 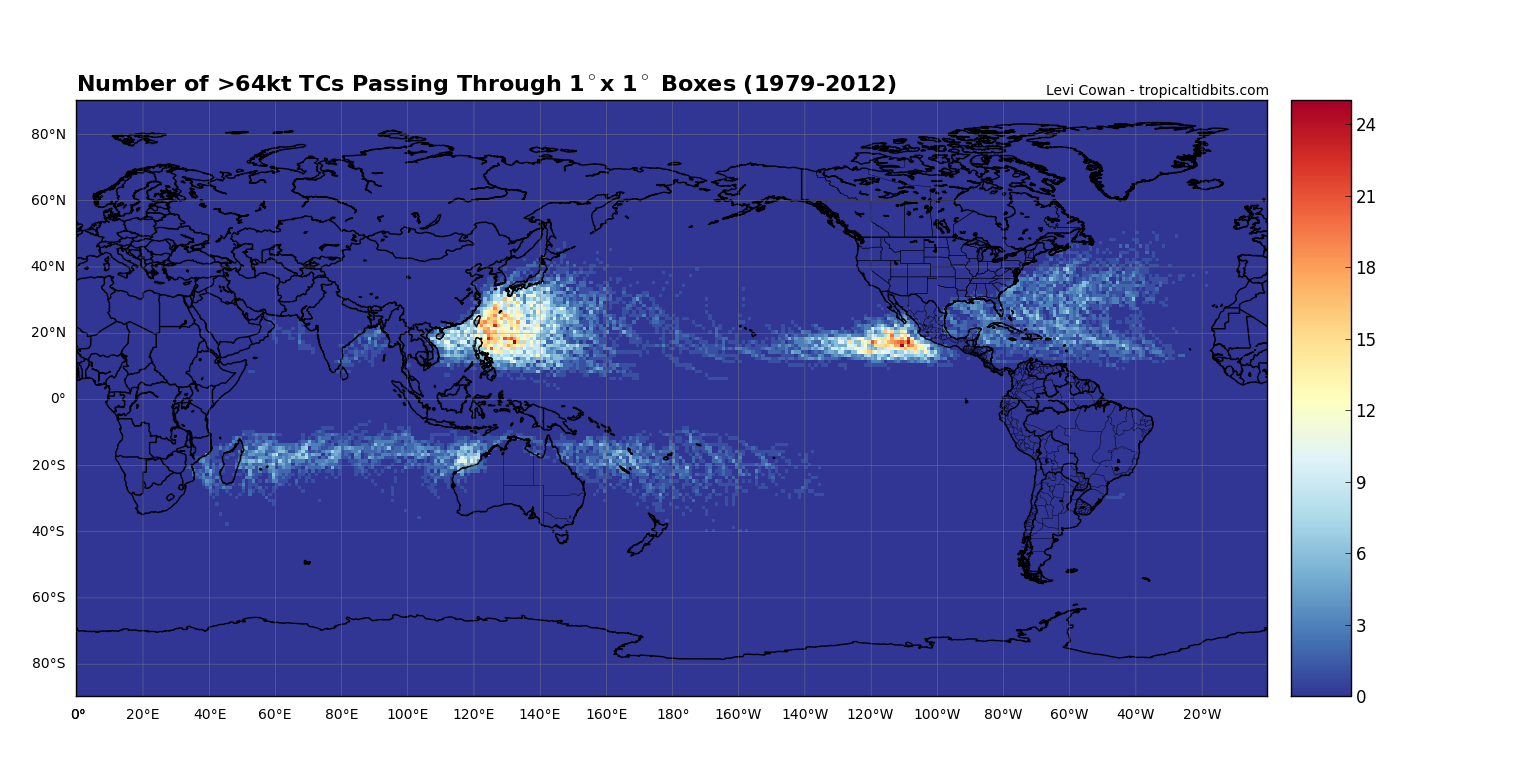 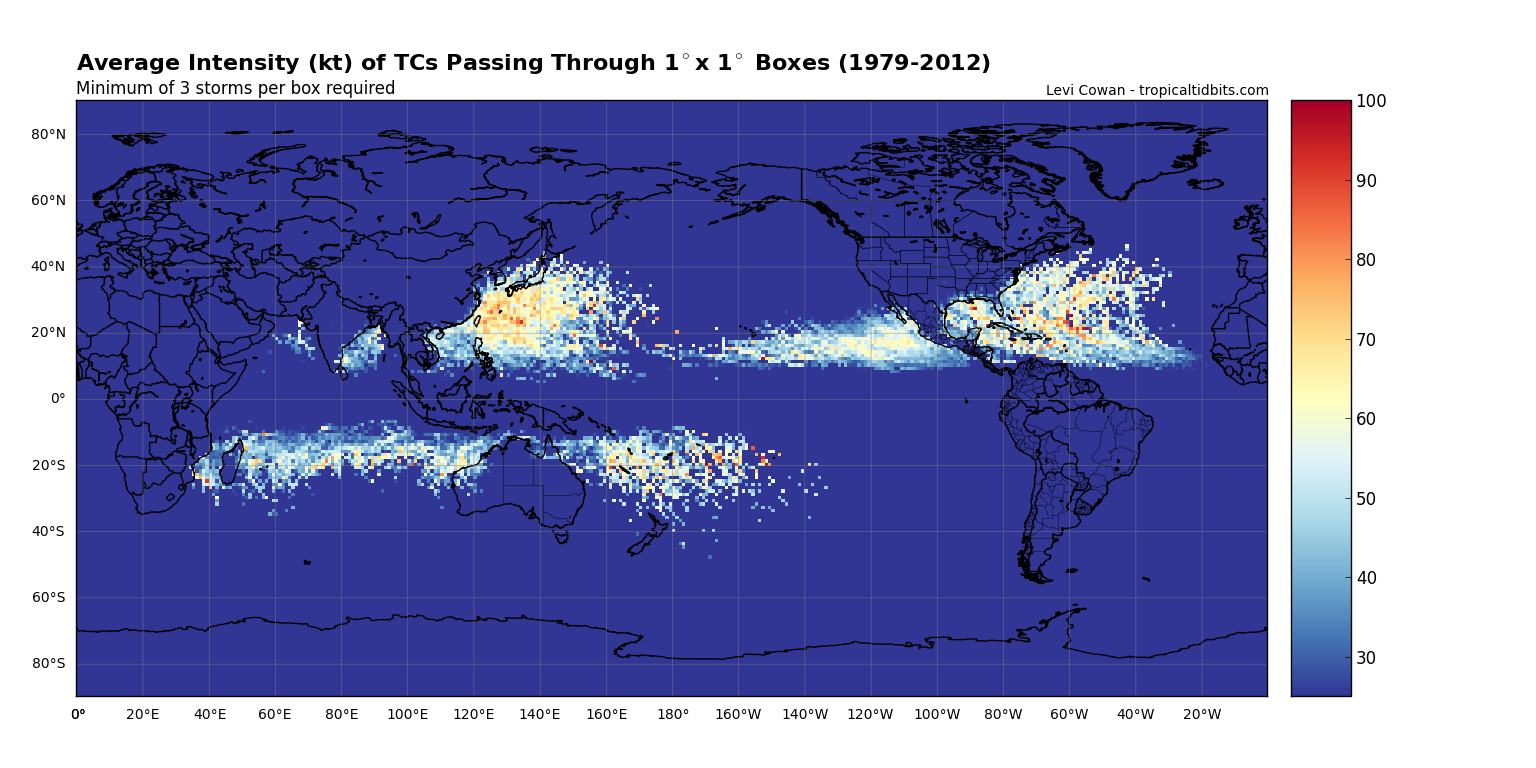 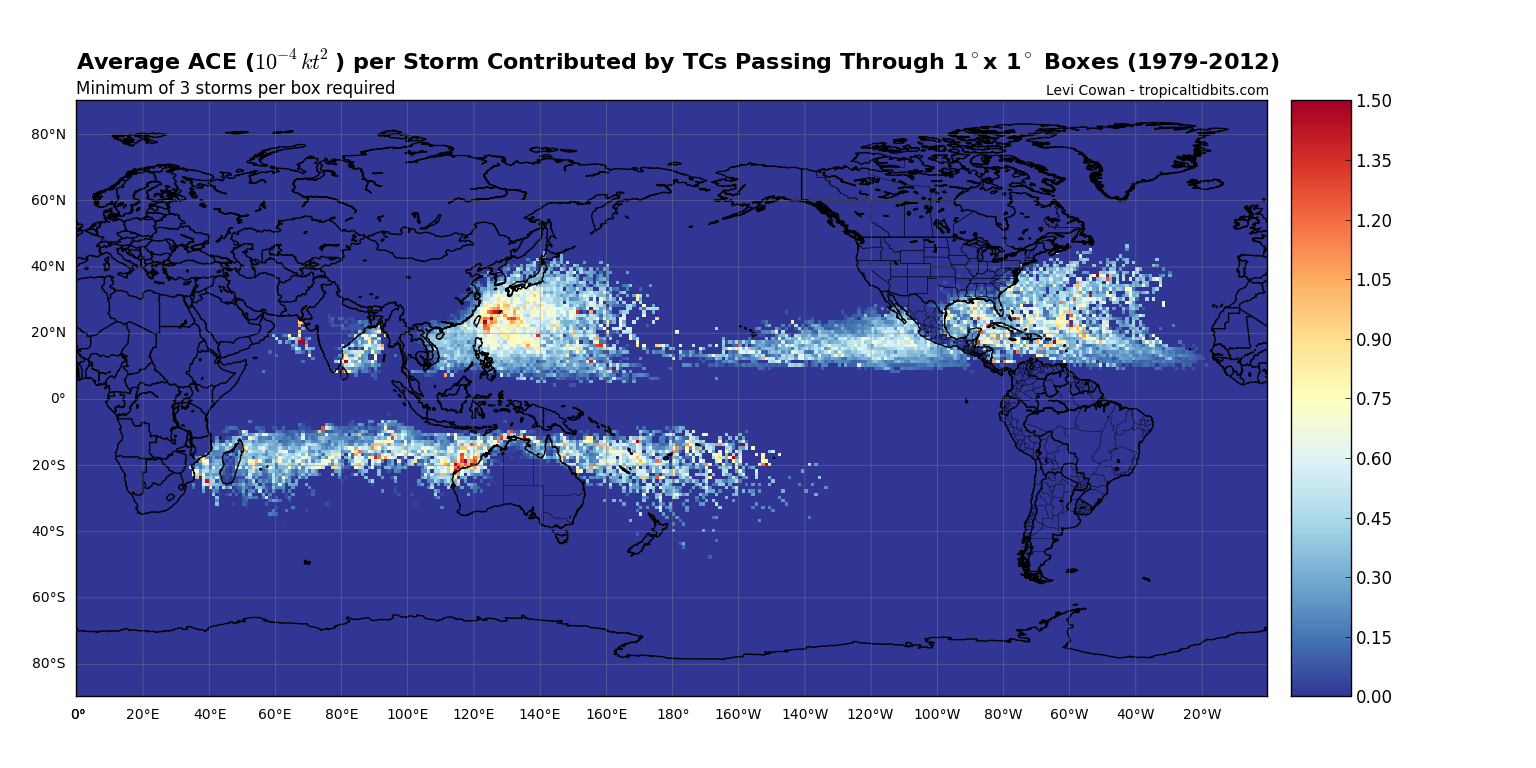 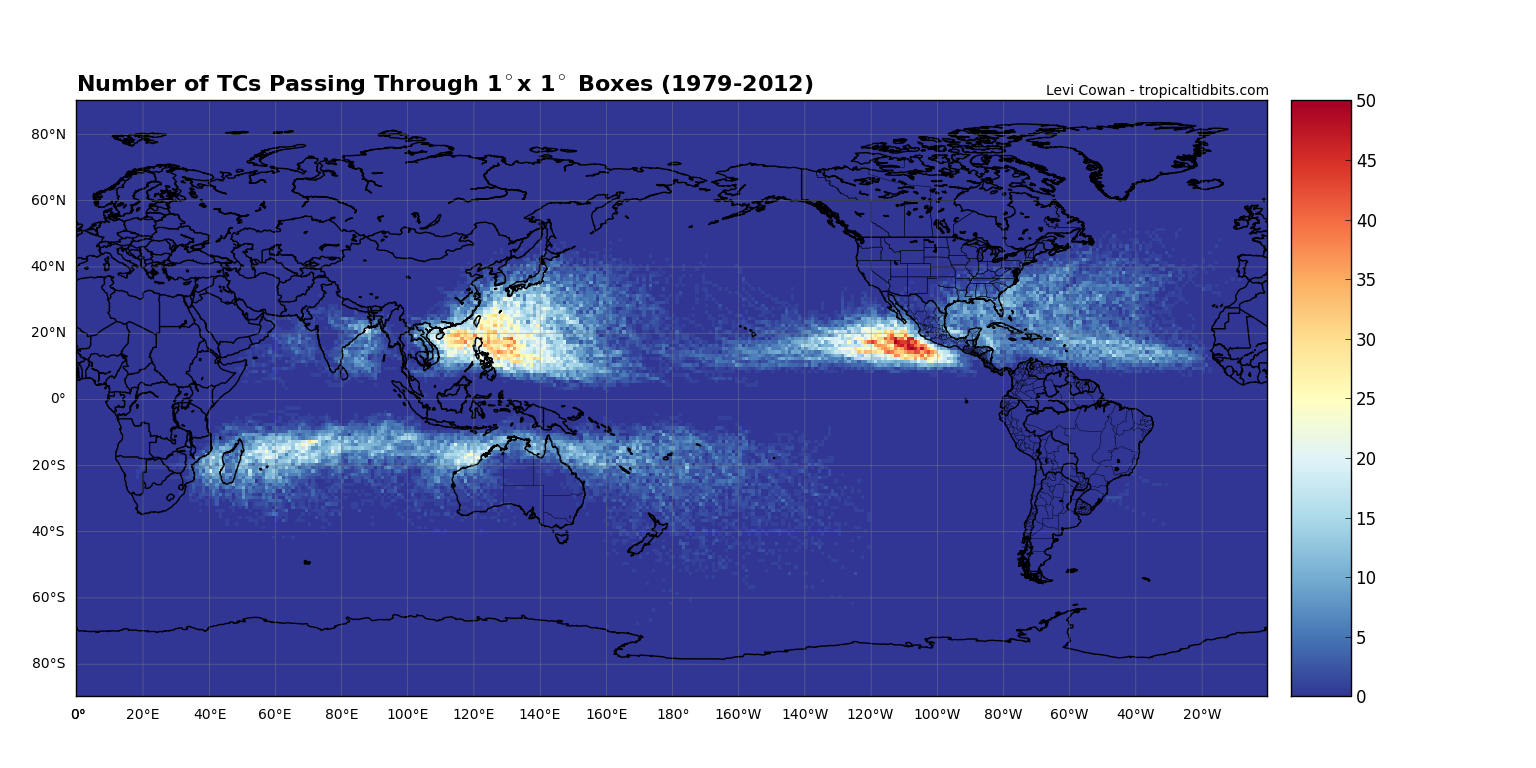 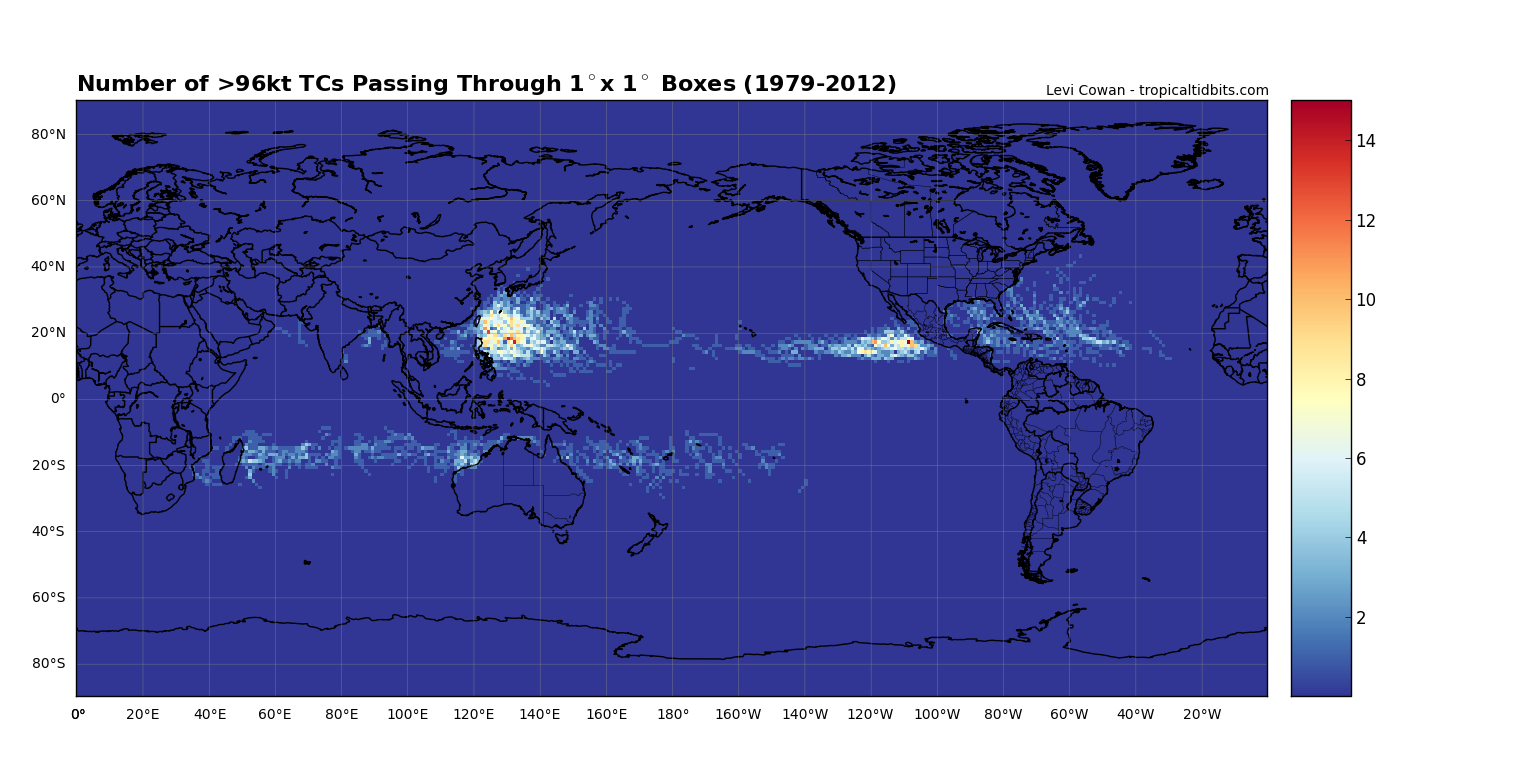 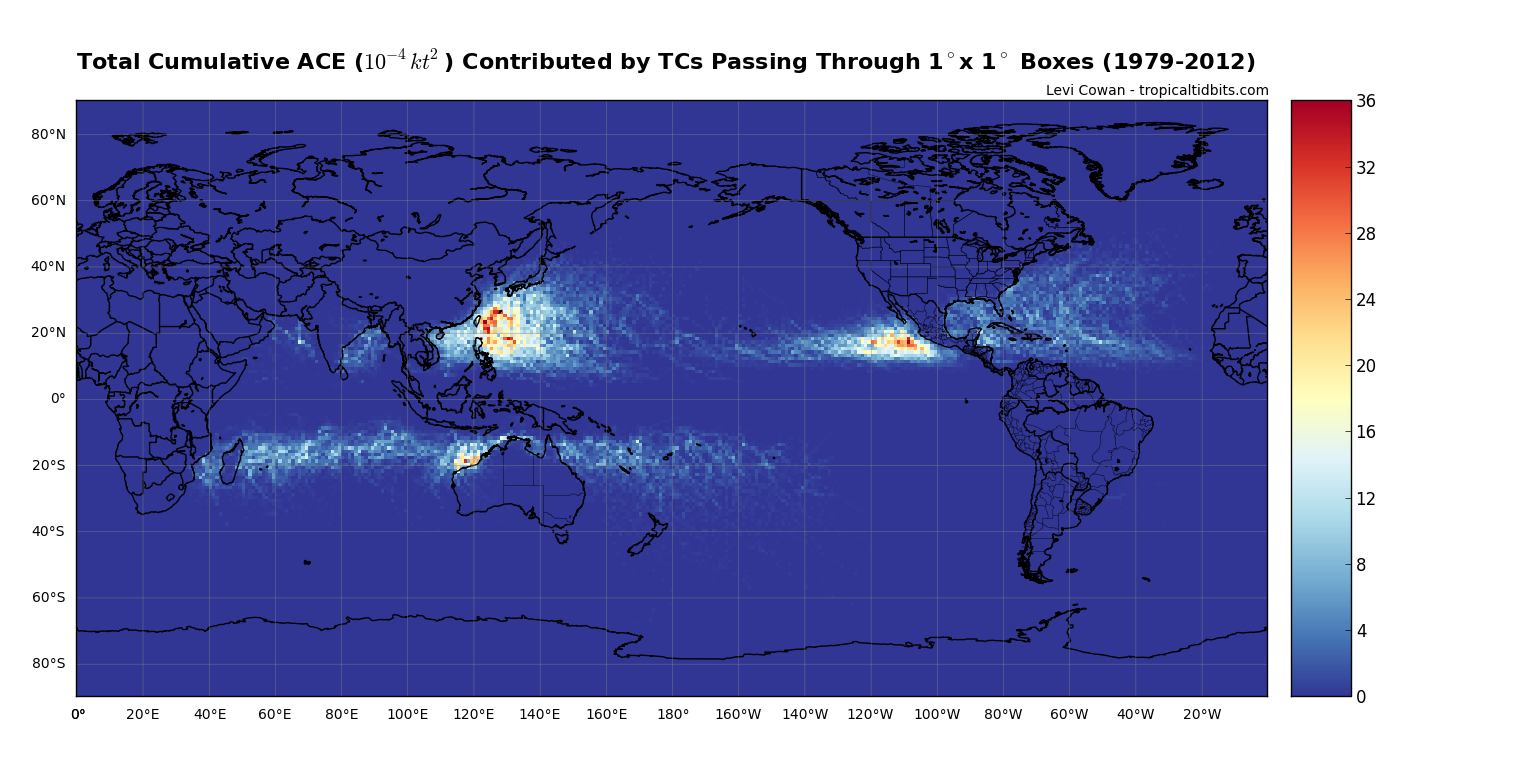